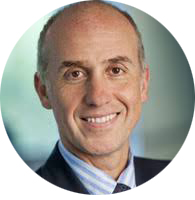 Sam Fazeli is a senior analyst and the EMEA head of Bloomberg Intelligence, a dynamic platform for in-depth research available on the Bloomberg Professional service at BI <GO>. Mr. Fazeli specializes in European pharmaceuticals and biotechnology.

Mr. Fazeli brings with him over 15 years of experience conducting equity research as a pharmaceutical analyst, working at firms such as Nomura International and HSBC.

Prior to joining Bloomberg in 2010, Mr. Fazeli worked at Piper Jaffray, Ltd. as a pharmaceutical analyst and head of European research. Before transitioning to investment banking, Mr. Fazeli was a research scientist for seven years.

Mr. Fazeli has been ranked a top analyst by both the U.K. and Pan-European Extel surveys. He received a bachelor’s of science from Cardiff University, and a Ph.D. in pharmacology from the University of London. 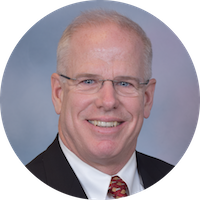 John F. Thero is President and CEO of Amarin Corporation plc. He joined Amarin in 2009 and has more than 25 years of senior financial and operational management experience.  He also serves as a member of the board of directors of Chiasma, Inc. In 2018, he was voted to be one of the top four bio/pharma CEO in a survey of healthcare investors by StatNews 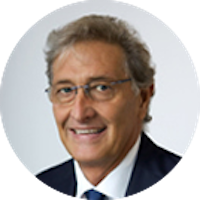 From November 2014 to mid-November 2015, Professor Guido Rasi served as EMA’s Principal Adviser in Charge of Strategy.

From November 2011 to November 2014 he was the Executive Director of the European Medicines Agency and a member of its Management Board in the three years prior to this.

He was made full professor of microbiology at the University of Rome ‘Tor Vergata’ in 2008.

From 2005 to 2008 he was Director of Research at the Institute of Neurobiology and Molecular Medicine of the National Research Council (CNR) in Rome.

From 1990 to 2005 Professor Rasi worked at the Institute for Experimental Medicine of the National Research Council, Italy.

He had a teaching and research experience at the University of California, Berkeley in 1999.

Professor Rasi holds a degree in medicine and surgery, with specialisations in internal medicine, allergology and clinical immunology, from the University of Rome.

From 1978 to 1990, he worked as a physician in hospital, research and private practice. He is author of more than 100 scientific publications.

This department aims to facilitate timely availability of safe and effective medicinal products by promoting development, research and innovation.

It supports medicine development by provision of scientific advice and protocol assistance on products and issues related to drug development – also in collaboration with other decision makers – thereby facilitating that development programmes generate relevant data for later medicine evaluation.

Specific measures are available to foster the development of new medicines for orphan diseases and paediatric populations.

Furthermore, development of innovative medicines is being stimulated through coordination and management of research projects in liaison with research funding bodies, gathering intelligence from the Business Pipeline as well as conduct of early dialogue with developers on innovation.

Michael is a pharmacist by training and holds a PhD as well as a Master of Regulatory Affairs. From 1999 to 2006, Michael worked in various positions in regulatory affairs in the pharmaceutical industry in Germany and in the UK.

In 2006 he joined the German national competent authority BfArM as Scientific Administrator in the Scientific Advice unit.

Following this assignment he moved to the European Medicines Agency in 2007 where he initially took up a position as Scientific Administrator in the Therapeutic Group “Anti-infectives” of the Safety and Efficacy sector, followed in September 2009 by the assignment as Head of Rheumatology, Respiratory, Gastroenterology and Immunology in this sector.

Constantinos Ziogas is Head of the SME Office at the European Medicines Agency (EMA).

Thereafter he served in Scientific Advice where he was responsible for the coordination of European scientific advice on drug development to pharmaceutical companies.

Constantinos Ziogas currently works in the SME Office at the European Medicines Agency.

He is a graduate in medicine from the Free University of 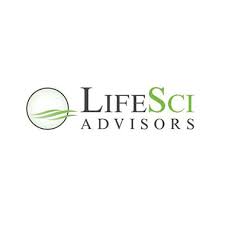